Jason Moser is the website development and manager of Stock Market Hacks. He was raised in Montana for 17 years and joined the Navy where he served 20 years in the submarine force. He is currently a contractor for the U.S. Navy as an Engineering Technician and works on the side as a website developer and stock investor. 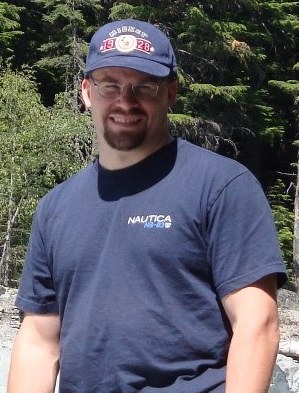 How it All Started for Jason Moser!

In 2003, he started trading his first stocks on Sharebuilder.com, researching and studying companies and using data to make his trading decisions.

This didn't prove very prosperous, so he started learning the basics a little more in depth every chance he could.

While on his last deployment in the Navy with no computer access, the stock market decided to crash. Losing a lot of money, he shied away from the markets. That is, until 2014, when he was introduced to a better way to make buying and selling decisions in the stock market.

Charting was a new path for Jason, but he picked it up quite quickly. Through trial, error, and research, he developed his own set of criteria to buy and sell that has proved very profitable over the past 3 years.

Stock Market Hacks was developed for Jason to help other ordinary people learn how to trade stocks with a better chance at success.

"A little directed knowledge is better than learning with no direction at all."

Through really great friends and the Internet, he learned how to analyze stocks through charting. He tried several indicator tools with the charts and discovered patterns that tell an investor when to buy stocks and when to sell stocks.

By applying his knowledge to his 401K account, he has turned a low 3% return to over 10% in just under a year. He has also applied it to his individual stock investing and has made some great decisions.

One of his best stock picks (and it wasn't even for him) was GWPH (GW Pharmaceuticals PLC). He researched the stock for a few days and it met his criteria to buy. He told his friend and his friend went all in on the stock (about $50,000.00). He was in the stock for a week and sold for an $18,565.00 profit.

Honestly, he should have held onto it until now (he would have tripled his investment), but it was crazy that he threw all of his money in that one stock to begin with. But all that matters is that he made a good gain.

Jason Moser has tweaked his criteria a bit since then to streamline the buying and selling process. He has incorporated the final result in this website to share with you a way to give you better success with your stock market investing.