Channeling stocks is a simple strategy which provides a very identifiable pattern that shows up in the history of a stock. By looking back a few months in a stock's history, you will see repeated waves, generally between a high and a low price over a period of time. These oscillations help predict stock price movement, thus giving you a great indication of when to get into and out of stocks. 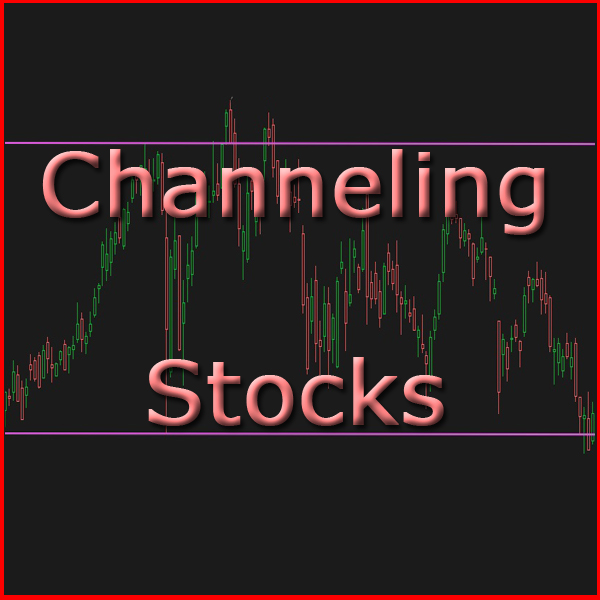 Channeling uses price movement to determine when to get into a stock and when to get out based on what the stock has been doing in the short-term past. After a few waves up and down, a pattern starts to develop that makes the stock price predictable in the future.

To improve the strategy, lines can be drawn along the common peaks and common valleys creating what can be visualized as "channels" and represents a strong support and resistance line.

This is a special strategy that allows you to know exactly when to sell your shares based on the historical resistance line.

For the example below, I'm using Dominion Energy (D) stock.

At the point of the third circle of resistance is when the channel is complete and prediction can start.

Where do you think it's going to go next?

If you guessed down, you would be correct.

So, when do you make the purchase?

Well, after it dropped below the support line then pushed back up, I would wait to see what it does the next day. In this case I would buy shortly after the open, which was higher than the last close, around $70.46.

Now let's give it a few days and see what it does. Based on the channeling stocks theory, it should go back up, eventually hitting the resistance line.

At this point, immediately after making the trade, set a "Good 'till Cancelled" or GTC Sell Limit order of $72.40.

The theory behind this strategy is to predict the next move based on the history of the stock. History has shown in the past two months that the stock has been bouncing up and down between support and resistance. Since it just bounced off the support line, it's time to go back up.

Of course this is only an example of channeling stocks for illustrative purposes. A little research of other stocks can potentially give more profit.

NOTE: Always look at other signals when making a trade decision. Don't trade on one signal alone.

We bought on a Friday, the 24th of September. On Monday, the price actually dropped, continuing a little below the support line. This scared me a bit, but with other signals and indicators showing an upswing in the near future, I'm not too worried yet.

In the illustration below, you can see the price prediction line followed the candles all the way until it breached the Resistance Line on 8 October 2018. The green line was the buy point and the thin dotted pink line is the level at time of purchase.

Better yet, it sold before 10 October 2018 when the market started dropping like a rock. Dominion is even showing signs of dropping with the last two candles and other indicators so it was probably a great time to sell. 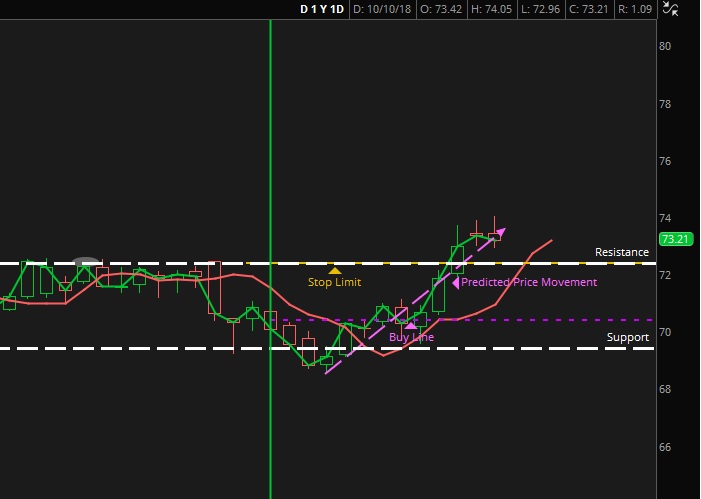 This is the perfect example of Channeling Stocks. Even though we could have made a little more money by holding, it's best to stick to an exit plan and sell as planned.

Don't be greedy with this and you won't lose.